Top Posts
Living in Italy Under Quarantine During Coronavirus
What and Where to Eat in Istanbul
7 Awesome Things to do in Musandam Oman
Best Hotel in Oman Is Six Senses Zighy...
Where to Go in Oman: A Must Visit...
Renovating or Buying Property in Italy? Read Our...
Home DestinationsAfrica What I Learned from Volunteering In Africa

What I Learned from Volunteering In Africa

I’m not looking to stir up controversy but more share my feelings and somewhat limited experience on the subject.  And the subject is Volunteering in Africa.  That sounds funny, right?  What does that mean exactly?  Africa is a massive continent, the second largest with more than 50 countries under its’ belt.  It’s not a country, it’s not really a place.  Somehow people just lump it all together like its play dough or something.

The other day someone mentioned to me that they want to “move to Europe.”   Europe WHERE?  “I don’t know, just somewhere in Europe.”  “So, what is it about Europe that makes you want to move there?”  I didn’t hear any responses that are worth repeating.  My high and mighty self thought what a twit.  I’ve drifted off a bit, the point here is that we are a species who like to generalize.  It’s easier to comprehend information that way instead of trying to process the nuances of everyone and everything.  I’m guilty of this too.

Many generalize the Volunteering in Africa experience.  More specifically they generalize and focus on how volunteering will effect just them.  Completely forgetting about those who are meant to be the true benefactors of that volunteering.  We think that we’re making a huge difference in the world, being a “good person”, finding ourselves and in the process impacting impoverished children for years to come.  These are broad generalizations and assumptions.  Maybe some of that is true, maybe some of it not so true.

What I learned from “Volunteering in Africa”

When I got to the orphanage in Tanzania, the realization that I would have impact was front and center.  I suddenly was aware that the impact, though, could be positive OR perhaps even negative.  I could be perceived as someone fleeting, someone who didn’t stay long enough because I didn’t really care.  What’s worse than having a child at an orphanage think someone isn’t really there for them or doesn’t really care.  Cause you know…. kids have great “fakedar” – radar for fakeness or fake people.  They know when someone really cares and when they don’t, whether someone’s snapping pics of them for memories or for their social media account.

After the first day in the orphanage (which consisted of meeting the other volunteers and updating my status on Facebook so I could bask in the praise of being called a hero for doing what I was doing), I became acutely aware of the gravity of my imprint on this orphanage and its’ inhabitants.  I surveyed the living and sleeping quarters, the school and its’ “facilities” and the volunteers who had already been there for months vs those for a quick stop before they jetted off to Zanzibar.

School was in session the second day I was there as the weekend just finished.  Within five minutes of sitting in the classroom, the teacher asked me to take half the students and test their grammatical skills and correct any mistakes.  Panic struck. Grammar?  Huh?  I suck at grammar, you want me to teach another human being Grammar?!  and then have the audacity to test them on it? HA!

The topic was auxiliary or “helping verbs”.  That’s about all the instruction I had.  It’s not like the teachers in the orphanage are drafting lesson plans for volunteers who are disappearing through the classroom doors every couple of weeks.  The teachers barely get paid anything, more like nothing.  Most of the time, they’re from the same impoverished areas with issues of their own to deal with.  I excused myself to go to the bathroom and quickly googled everything I could on the subject and the best examples of how to teach it.  Thank God for mobile reception.  Two hours and 18 kids later, things were more calm but I knew I had some responsibility and I needed to have accountability.

Did my being there help?  Did my “Volunteering in Africa” have impact? Honestly, I don’t know because it was a few hours of one day on one small subject.  At best, they would know what a helping verb is if I taught it correctly, small impact.  BUT what if I hadn’t taught it correctly? I had a couple more weeks to prove that I wasn’t a total flake.

It’s great that you want to volunteer in Africa but how about doing some research before you go? Perhaps assess where’s the best place to be and which one of your skills could be best utilized?  My skills are more analytical based, I probably could have been more useful in that department.  Treat volunteering with importance and do some homework, especially if you’re going to be teaching.  I wish I had because it wasn’t about me, it was about them.  It’s about making the most positive impact in that short amount of time.

How I Feel Now

Going forward as a rule of thumb I told myself that I would never broadcast any charitable deeds again, however big or small.  Whenever I donate or roll up my sleeves to help out, it’s between myself, that person/people and God.  Nobody else needs to know.  And to be honest, I cringe when I hear or read someone write “I just helped an old lady cross the street.”  Maybe it’s the way in which someone broadcasts it that evokes such a reaction but I think to myself that person kinda just made it about themselves.  You know what they say though.  We’re most critical of the things we dislike about ourselves and see in others.  Disclaimer: Not all publicity is bad.  Awareness campaigns can be great.  Charity balls are a whole other level of disgust but its a means to an end I guess.

Feel free to email me at captain@thetravelcaptain.com if you want tips on how to find places to volunteer or if you just want insights into day to day life at the orphanage. 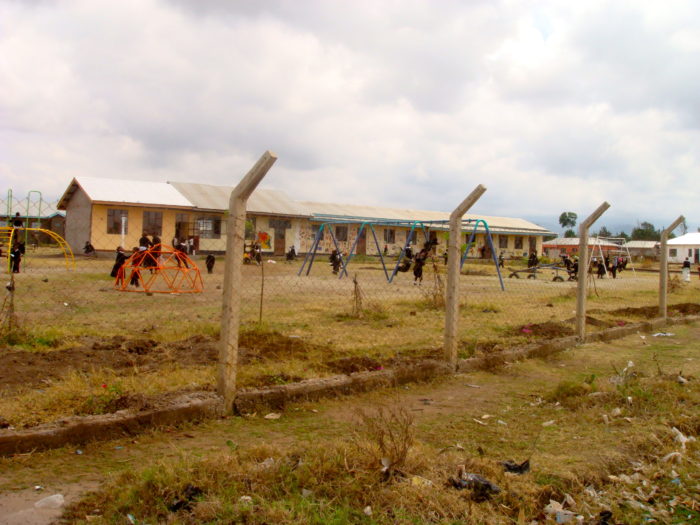 The orphanage in Tanzania 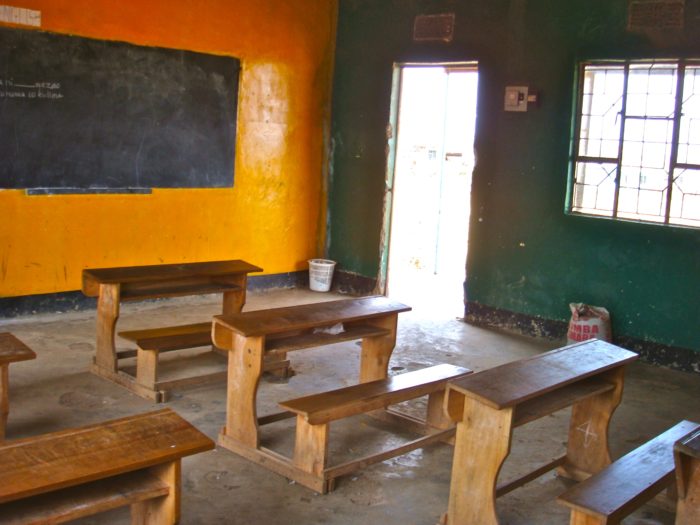 One of the classrooms 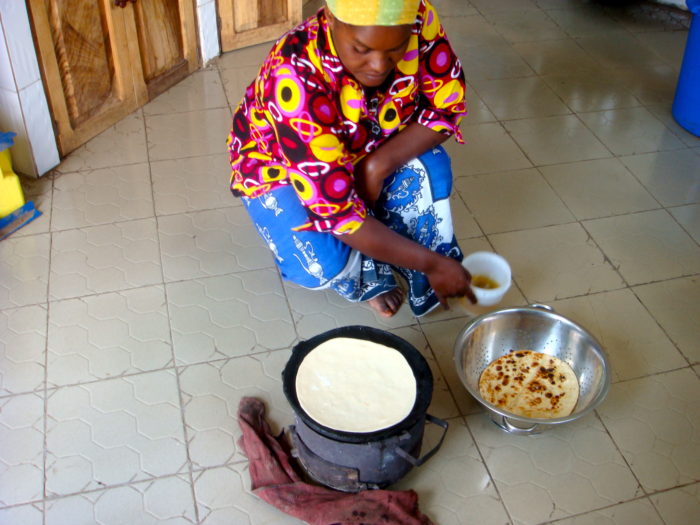 Cook making food for the kids 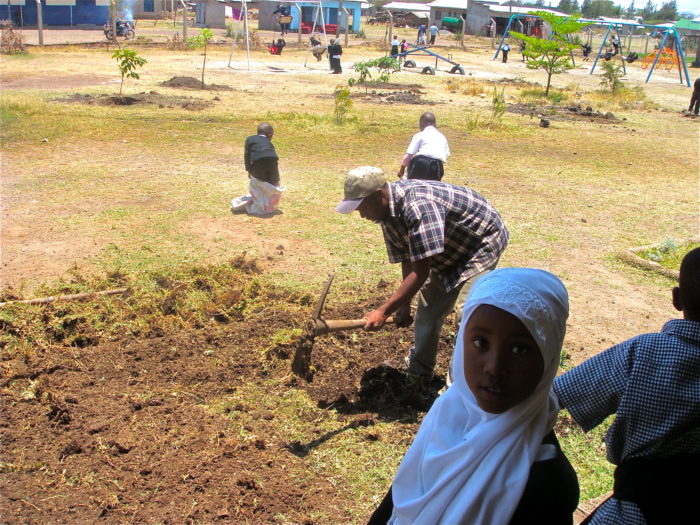 Skip the Chain Hotels in Capetown

How to Do Solo in Cape Town

These are definitely some solid thoughts and realizations you’ve made here. I’ve been volunteering in African nations for the past two years, and I’ve noticed something: many people (myself included) are much quicker to tell everyone something they’ve done than they are to help when they won’t get any attention.

Hi Ivanna, thanks for your comment. And kudos to you for dedicating that much time to volunteering. I think we’re all guilty of it, its part of human nature. Its a double edged sword actually. It is self promotion but at the same time… if it inspires others to participate in productive volunteering than thats great.

Some shots from around town in Termoli. #molise #s

More Puglia. Love the rock formations and the wate

A beach near Santa Maria di Leuca, the southern ti

A side street in Termoli. . Congratulations Italy

I passed my Italian drivers license theory exam to

Today's spot. the best yet. It was like being in a

Miles of beautiful coast in the south of Puglia. T

What a swim spot. Drive by at Polignano al Mare. P

When you bring your 130lb dog on vacation with you

Do they require masks outdoors where you live? I'm

The first thing I did after booking our trip to th