Top Posts
Living in Italy Under Quarantine During Coronavirus
What and Where to Eat in Istanbul
7 Awesome Things to do in Musandam Oman
Best Hotel in Oman Is Six Senses Zighy...
Where to Go in Oman: A Must Visit...
Renovating or Buying Property in Italy? Read Our...
Home Opinion One Week to Find a Wedding Dress in Dubai

One Week to Find a Wedding Dress in Dubai

written by The Travel Captain September 4, 2016

I literally had one week to find a wedding dress in Dubai, and one more week for alterations.  That’s it, I kid you not.  We planned for a last minute wedding at a villa in Chianti, Tuscany and I needed a dress pronto.  No, I’m not pregnant.  Truth is we had been engaged for over a year and thought about eloping on a beach in Bora Bora but realized having family and friends around was important.  What a terrible second choice we made choosing the Italian countryside 🙂

Back to the wedding dress.  You can’t imagine what its like to contact bridal shops in Dubai in the middle of the summer during Ramadan.  You just can’t.  Working hours are reduced, people don’t respond, unanswered phones, snickers when I tell them the wedding is six weeks away but that I’m traveling in three.  One shop, Pronovia, sent a follow up email after the wedding was over even though the date was clearly mentioned on their online request system.  Ha.  Maybe they thought it was for July 2017.  Finding a wedding dress in Dubai on such short notice was next to impossible.  Enter Contessa Bridal in Jumeirah Lake Towers.

I called up Contessa and was given an appointment immediately after a desperate plea on my behalf.  Heidi, the always smiling seamstress, greeted me at the door with a welcoming but concerned for me look.  She kept me calm while I tried on many wedding dresses in several different cuts.  Contessa, while not a huge boutique, carried a diverse selection.  Not to mention, I’m 5’9 and not a size 4 so I was relieved when I saw dresses in different sizes.  Bingo.  I dragged my fiancé to the boutique later that evening and we made the decision to go ahead with a beaded lace and tulle ball gown cut.  Clearly I don’t care about wedding superstitions. 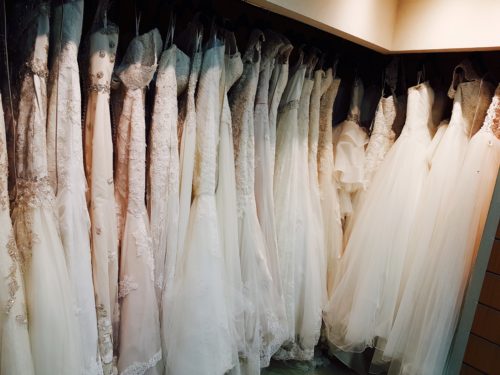 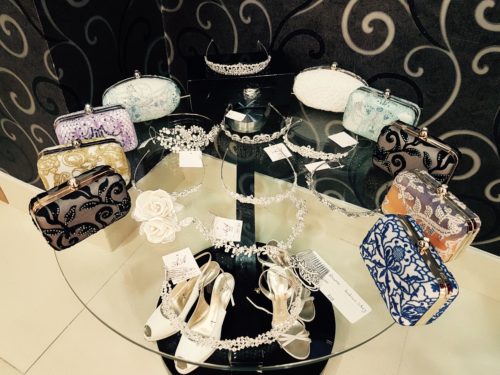 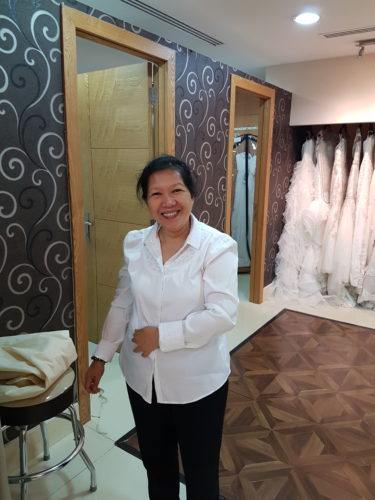 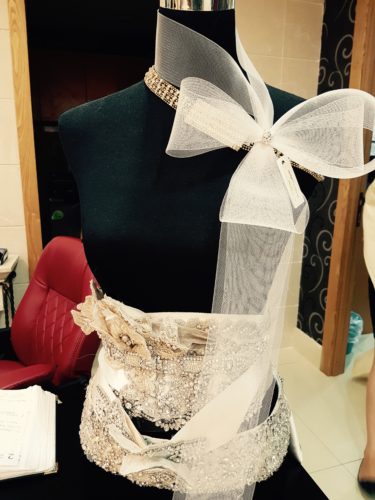 I even had the nerve to ask Heidi for an in depth alteration to the sleeves.  I wanted them off the shoulder which meant a complete reworking and additional tulle to the back, she obliged.  Mohammed, the owner, was also involved in making sure that my dress was everything I wanted it to be.  Less than two weeks and three fittings later, I had in hand my wedding dress in Dubai.  It even traveled perfectly through several airports.  Disaster averted.  Thank you Contessa! 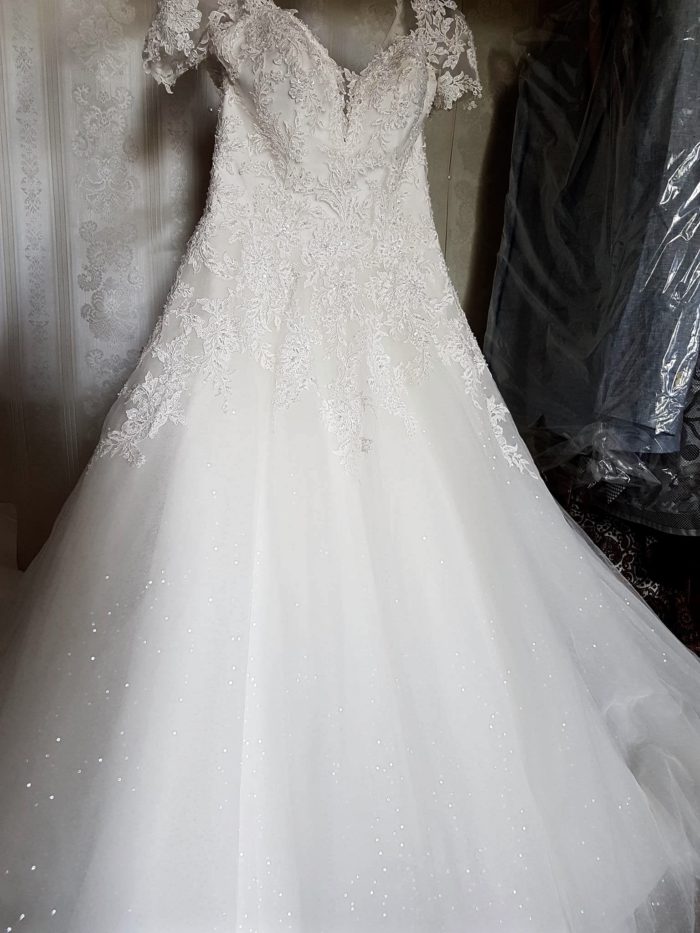 just before I had to put it on, hanging beautifully in the villa

Giving a kiss to my Dad before getting to my husband. I had both my brother and Dad walk me "down the aisle." Who says it has to be one or the other? Not me. – Photo by @marcopiffari and @piffariandrea. I keep forgetting to give them credit! ? On another note, we're doing a honeymoon later this year. My dream is @laucalaisland ! Have you seen that iconic pool??? – – #tuscanwedding #summerwedding #villavistarenni #italia #chianti #traveltoitaly #instadaily #toscana #beautifuldestinations #breakingtradition #married #passionpassport #travelblog #cntraveler #wearetravelgirls #dametraveler #sheisnotlost #girlsvsglobe #instawedding

This is not a solicited review nor were any concessions given by Contessa as a result.

The Best Part About Cinque Terre

10 Dumb Questions About Living in Dubai

My Italian Wedding in Tuscany at Villa Vistarenni

We’re Moving Out of Dubai, Here’s Why 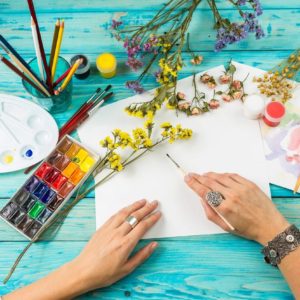