Top Posts
Living in Italy Under Quarantine During Coronavirus
What and Where to Eat in Istanbul
7 Awesome Things to do in Musandam Oman
Best Hotel in Oman Is Six Senses Zighy...
Where to Go in Oman: A Must Visit...
Renovating or Buying Property in Italy? Read Our...
Home DestinationsAsia A Sanctuary in Seoul, Bongeunsa Temple 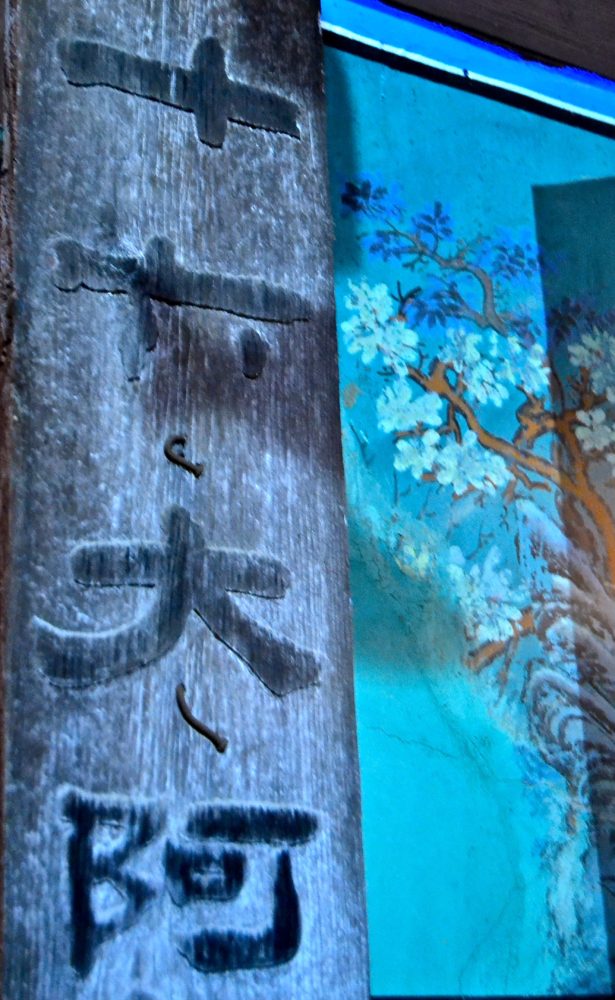 A Sanctuary in Seoul, Bongeunsa Temple

written by The Travel Captain November 21, 2015

Bongeunsa Temple was my favorite stop and a true sanctuary in Seoul.  Seoul’s got a lot to see like any other big city, maybe more… the N Seoul Tower, Gangnam District, the fish markets, National Museum of Korea, Lotte World, Hanok Village, Myeong – Dong, DMZ on the North Korean border and the Cheonggyecheon creek running through the middle of the bustling city just to name a popular few.  I didn’t know what to expect when we walked up to Bongeunsa Temple but a calm came over me about thirty seconds in.  It was around 5:30pm and we were just in time for the evening prayer.

Bongeunsa Temple is a beautiful 1200 year old buddhist temple nestled in the midst of a concrete jungle, located a bit far from the typical tourist sites, right in front of the Intercontinental Coex hotel.  Take a few steps in through the gate and it will feel like it took two planes and a long trip in a gondola to get here.  You’ll hear the monks chanting while experiencing  the serenity of floating lanterns, highly ornate architecture and the calligraphy on the Panjeon hanging board by Kim Jeong-hui, a scholar and famous calligrapher of the Joseon Dynasty. The calligraphy is his last piece of work written three days before his death.

The smaller temples in the same grounds allow for quiet and solitude and to absorb the peaceful vibrations.  Every Korean Buddhist temple complex is different and consists of a number of temples aside from the main hall.  The temples are built without nails so they can be dismantled and moved to new locations, an example of interdependence.  The roofs were fascinating. 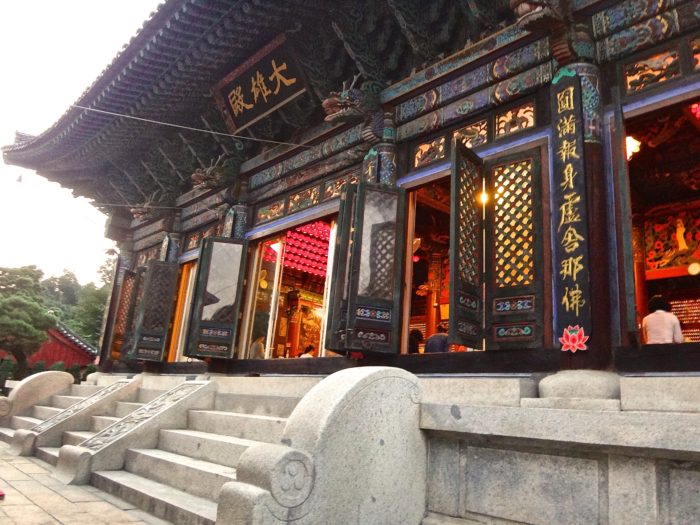 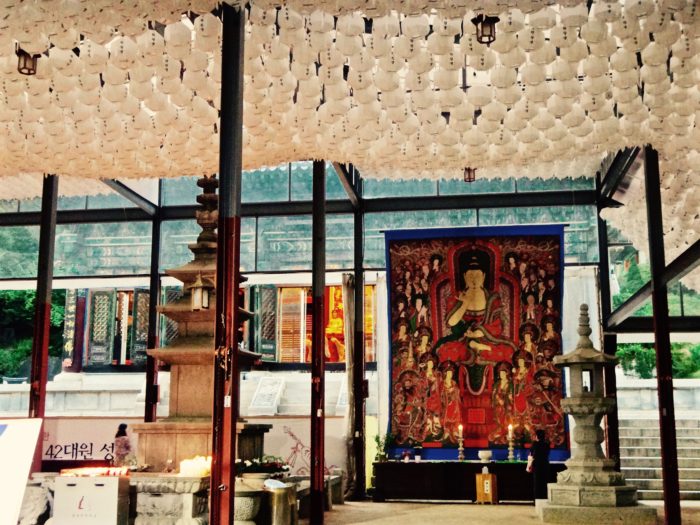 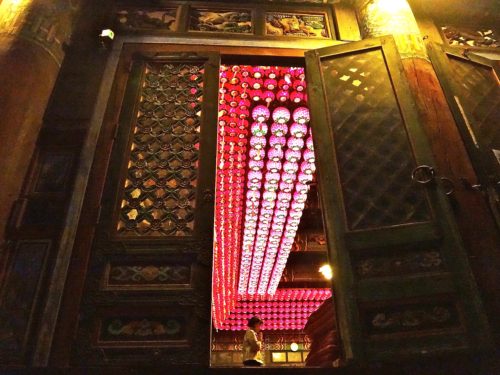 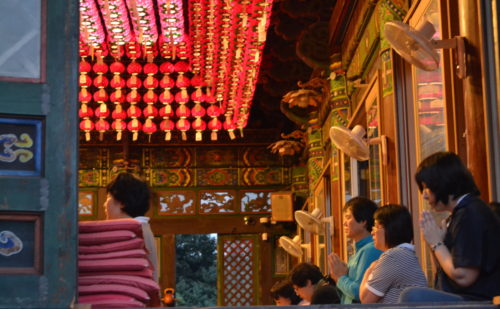 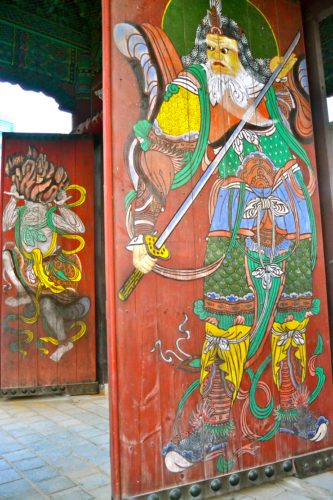 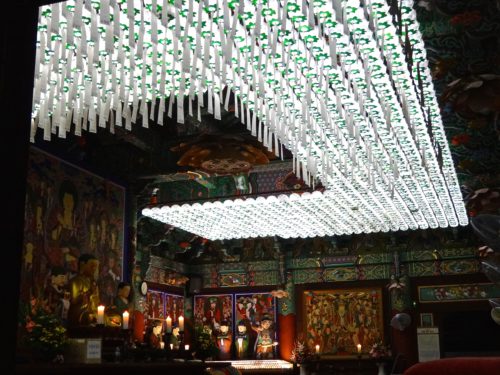 Bongeunsa provides a place to relax and a temple stay program gives an opportunity to experience everyday life in the temple, which includes traditional Korean Buddhist culture and practices. Visitors can experience some simple Buddhist practices such as the daily dawn service, Korean Zen meditation, Dado (a tea drinking ceremony), and Balwoogongyang (a Buddhist meal with traditional bowls). There are two programs, an overnight program and a short program (2-5 hours).

Every Thursday from 2 to 4 pm, the temple life program is available for foreign visitors. The program includes a temple tour, lotus lantern making, Dado, and a chance to talk with a monk. All activities are conducted in English. Visitors can take part in this program without reservations and the fee is \10,000.

Visit during the day and they serve a delicious and simple lunch to everyone.  Tourists are charged a minimal 1,000 KRW (equivalent of less than $1 USD!!).

Why Travel Blogging Is a Total Sham